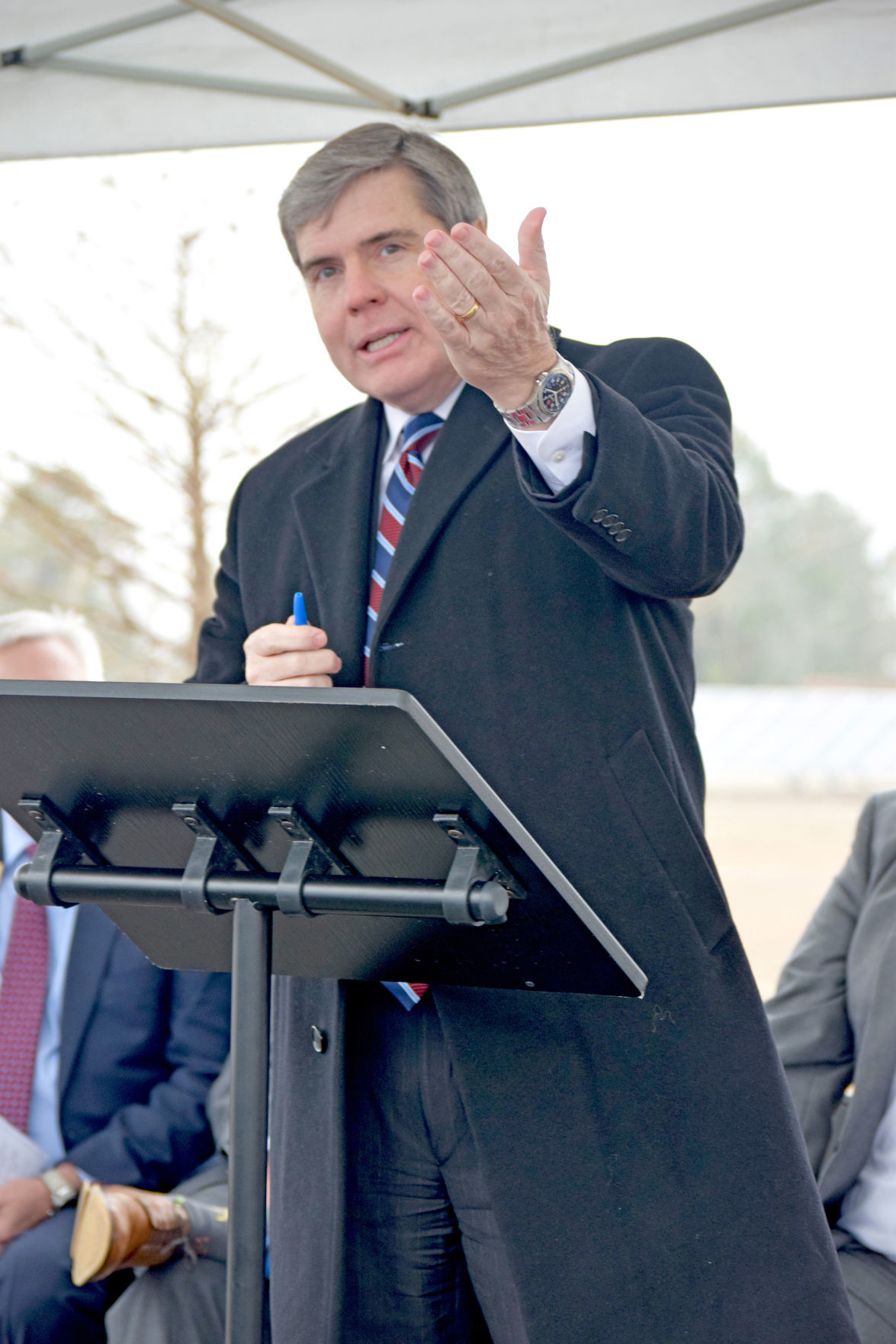 “We are pleased to partner with the Guy-Perkins School District to establish the first school district in Arkansas utilizing 100 percent solar electricity,” Scenic Hill Solar CEO Bill Halter said. “Superintendents Fisher and Gilbert and the school board are providing forward-thinking leadership. The solar plant will reduce electricity costs, provide additional resources for the educational mission and offer environmental benefits.”

Construction to the 585 kilowatt DC solar power plant, located on the eastern side of the district’s campus near the Guy City Park, was completed last year. The system went live on Dec. 31.

The solar garden is made up of 1,520 bi-facial modules that sit on about seven acres of land between the school and the park. In an effort to commemorate the district’s involvement and dedication toward using renewable energy, Hill said crews labeled each steal beam holding the solar modules in place after a member of the school’s faculty and staff.

Now that the system has gone live, the district expects to save around $27,000 in energy costs.

The district’s superintendent said during the celebratory ribbon-cutting ceremony Friday morning that he was proud to see this project become a reality, noting it will provide a number of benefits not only for the school but also for the community.

“The cost of staffing and maintaining schools continues to rise in Arkansas and [the] Guy-Perkins School District has found a viable way to save money through solar energy,” Fisher said. “By working with Scenic Hill Solar on this project, we were able to project savings in our utility costs, allowing us to budget it in other areas. This project allows us to show our community that we are using tax dollars in an efficient manner while being environmentally responsible.”

“I would like to congratulate you in your forward thinking,” he said Friday. “I’d like to see more of that around Guy, Arkansas, and other small communities.”

The small town school took leadership as it paved the way for Arkansas schools by making this project a reality, Chief of Staff of External Affairs Bill Gossage said on Gov. Asa Hutchinson’s behalf.

School administrators are hopeful other districts across the state will follow suit.

The district’s former superintendent said the solar-powered energy system will impact students for generations to come.

“First and foremost, the vision [behind this project] was a cost savings and reallocation of resources so that resources could be spent on items, faculty and staff and experiences that would directly affect teaching and learning,” Gilbert said. “That’s what we’re all about, and that’s what we’re here to do.”

The project uniquely brings “multiple wins” to the Guy community, Halter said, noting the district boasts a rare quality in its willingness “to take a risk and embrace the future.”

The solar power plants will improve the school district and the community through:

Before the ceremony concluded Friday morning, Halter donated $5,000 to the Guy-Perkins School District on Scenic Hill Solar’s behalf. Mario Carbone with AUI Partners donated an additional $2,000 that Fisher said he will use toward funding a greenhouse project.

Staff writer Marisa Hicks can be reached at mhicks@thecabin.net.