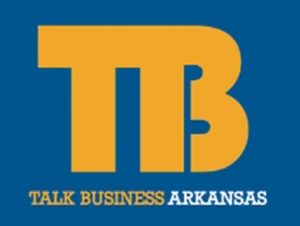 “Solar energy means more jobs in Arkansas,” Senator Dave Wallace of Leachville recently told his Senate colleagues. Speaking from the well of the Arkansas Senate chamber on a March afternoon, he noted that Arkansas has not taken advantage of its solar potential. The senator called his proposal, Senate Bill 145, “a step in the right direction.”

Arkansas is one of a handful of states that does not allow third-party financing or leasing of solar arrays. This barrier has inhibited the state from fully capitalizing on the benefits of solar. Arkansas ranks 11th in the nation for solar power potential, according to an analysis of National Renewable Energy Laboratory data. Yet we are 32nd in actual installed capacity, per the Solar Energy Industries Association. That is due, in part, to a lack of policies that give Arkansans access to advanced energy choices as demand for them grows.

Senator Wallace’s bill would enhance access to low-cost solar energy by enabling third-party financing options. This financing tool is particularly important for non-tax entities, such as schools, churches, cities and counties, colleges and universities, state agencies, and non-profit organizations. With the option of a third-party solar services contract, these non-tax entities could take full advantage of federal incentives and unlock capital to invest in local communities.

The solar access bill also would increase the size limit of a commercial net-metered solar array, from 300 kilowatts to 1 megawatt, cutting costs and timelines for larger projects.

“I think this is a good bill,” he said. “Solar power is getting a lot cheaper and will continue to do that because there have been many advancements.”

Innovation and declining costs are helping to drive the deployment of advanced energy solutions. Solar installation costs in Arkansas have declined by nearly 50 percent in the last five years, according to SEIA data. Entergy Arkansas cited the renewable energy resource’s competitive price when the company recently announced plans for a 100-megawatt solar facility in White County.

Solar energy does mean more jobs in Arkansas. We are among the fastest-growing states for solar job creation, as The Solar Foundation reported in its 2018 solar jobs census.

Third-party solar leasing could double or triple the number of solar jobs in Arkansas, according to a recent analysis out of the William H. Bowen School of Law in Little Rock.

Fortunately for Arkansans, an overwhelming majority of state legislators supported Senator Wallace’s solar access bill, which has now been signed into law by the Gov. Asa Hutchinson as Act 464. The policies enabled by the act will help spur greater solar deployment and build on the growing demand seen in recent years.

Solar adoption is gaining momentum across the state, and Northeast Arkansas is no exception.

Batesville School District is the state’s first school district to implement solar on campus. The energy cost savings will allow the district to increase teacher salaries.

“Our focus is kids first,” district superintendent Dr. Michael Hester told attendees of AAEA’s annual conference last October. “To do that, we need to be able to retain teachers.”

In neighboring Jackson County, Arkansas State University-Newport was an early adopter and leader among the state’s institutions of higher education. College officials flipped the switch on the campus’ 739-kilowatt solar array in March 2018. The system, which powers approximately half of campus operations, is expected to save about $90,000 annually. Adam Adair, Vice Chancellor for Finance & Administration, said the university made the investment to help reduce costs for students.

“Over its lifetime, the solar system has the potential to generate about $2.5 million,” Adair said at the dedication ceremony. “The savings will make a substantial impact that will help reduce rising costs to students’ tuition and fees.”

“We believe that this type of project brings hope,” said cooperative CEO Larry Bright. “Solar energy has the capacity to empower institutions and communities in very positive ways.”

Interest in solar is growing among area homeowners, businesses and farmers, too. Brandon Stephens of Cherry Valley expressed excitement about the opportunities to leverage solar to power his agricultural operations.

“I have been interested in solar for a long time and have integrated it into sensors around the farm,” he said. “It sounds like farmers will have more options on how best to finance solar moving forward with the changes in state policy. That flexibility is important as a farmer.”

New jobs. Energy savings. Reinvestment in students and teachers. These are some of the benefits advanced energy technologies like solar provide. By enhancing access to these resources and knocking down barriers, advanced energy can power Arkansas’ economy. The state’s solar outlook is indeed very bright.

Editor’s note: Katie Laning Niebaum is executive director of the Arkansas Advanced Energy Association. The opinions expressed are those of the author.